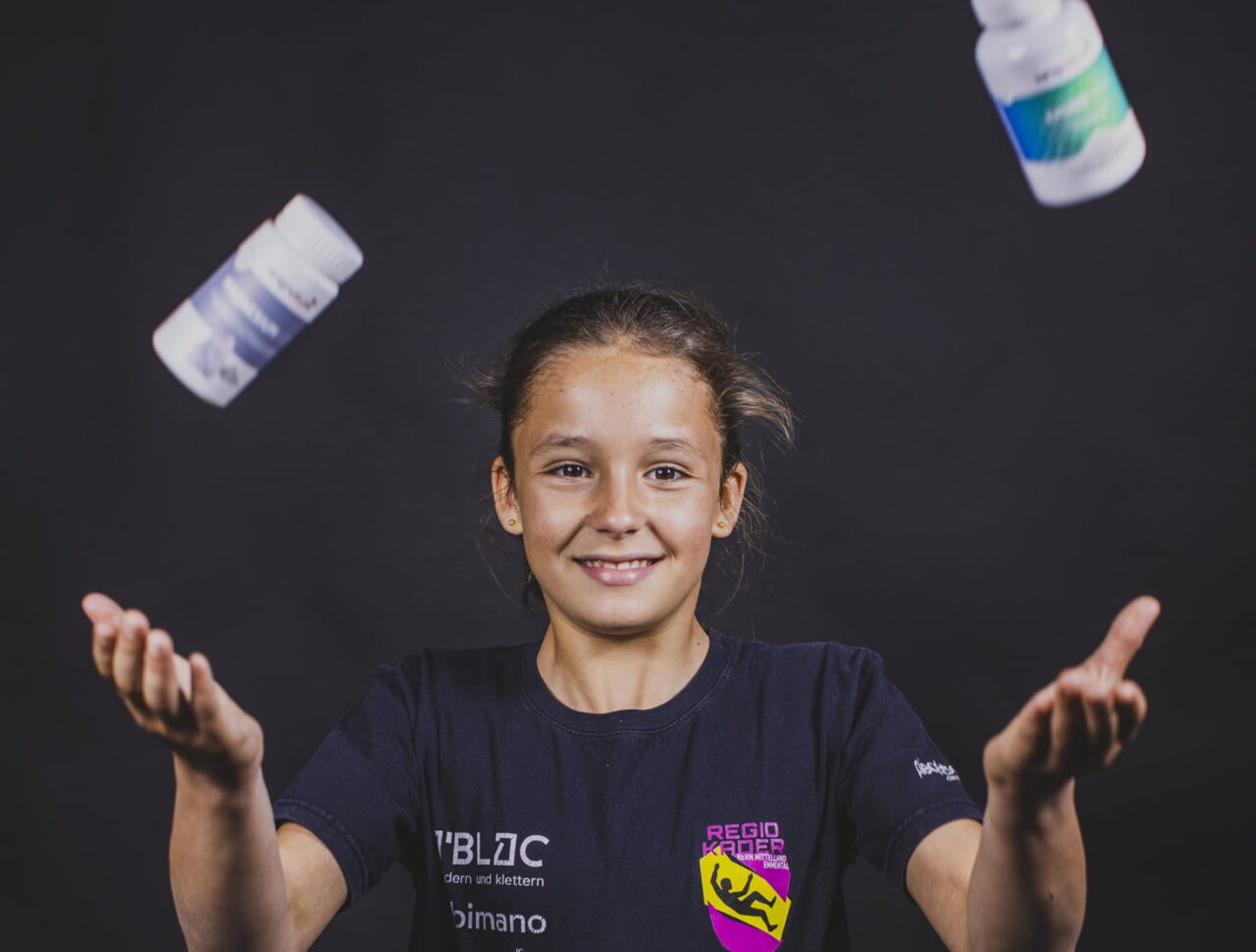 Valentina began her passion, climbing, at the age of 3. At 5, she was already part of the regional squad. Today, Valentina von Gunten, born in 2010, is already the Swiss Speed Climbing Champion in her age group and the Swiss Bouldering Vice-Champion. Valentina has a talent card from Swiss Olympic and we are very happy to accompany Valentina on her way with the concentrated power of nature. Besides school and training, she finds a balance in playing piano. Good luck Valentina!